Matavenero and Poi Bueno are villages in the mountains in the north-west of Spain that were founded 1100 and 1400 AD. After burning down twice, they were abandoned in the late 60ies and occupied by German members of the Rainbow Family in the late 80ies. Since then, the population consisting of people from Germany, Spain, Poland and other countries grew up to over 100 inhabitants and decreased again in the first decade of the 21st century.

For us, the visit to Matavenero was our first serious step of our transition. We had visited an eco village in Brazil, but that was close to the capital and people who lived there were having jobs in the city. Matavenero is different. People came to this remote place to get away from civilization and to live a sustainable life.

Because one cannot go there by car, we parked our truck one kilometre away from the village and walked the small and steep path by foot. I must admit that we were a little bit nervous when we approached the village. We did not know what would happen. Would they welcome us or would we feel like intruders? Would we get any contact, at all?

At first sight, the anarchistic way the houses were built reminded me to Freetown Christiania, a former military area in the city of Copenhagen that was occupied by hippies and anarchists in the early 70ies. 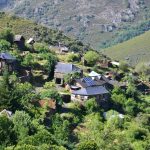 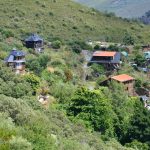 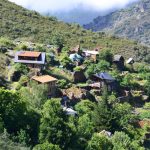 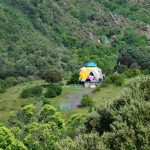 When we entered the village, we could see that the majority of the houses were constructed on former stone foundations that survived the fires. To our surprise, we found the small alleyways and houses empty and almost deserted. Where was everybody? 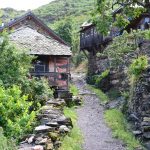 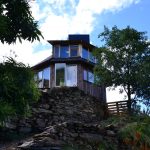 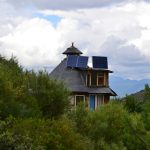 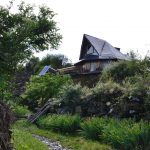 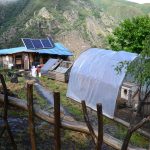 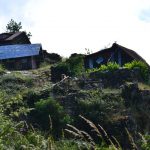 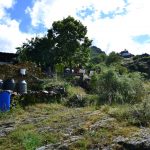 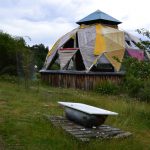 Then we met Milos, a 50 years old Rastafari from Poland, and Christina, a Spanish woman, who was born 50 kilometres from the village. Both run a small shop and a bar. We were invited for a tea and received information about their lives in Matavenero. I liked Miros, because he was a funny guy.

They told us that subsistence is almost impossible because of the rocky area and the harsh climate. So, earning one’s life is a big issue for the people who live here. They said that this was the reason why so many inhabitants left the village 10 years ago. People were looking for a future for their children, jobs, schools and further educations. We got the strong impression that a community, which cannot provide their own existence, has difficulties to survive. Even hippies and anarchists have disputes with their neighbours, and when there is no common purpose, these communities can fall apart. A bit disillusioned but happy that we had made the move we left the village for the night.

The next day we came back and met Uli, a German hippie and one of the founders of the community of Matavenero. He earns his life as a musician playing on medieval markets. He invited us to his house and after learning from our plans he gave us addresses in Portugal, where we could find communities like the one he lived in. Uli also gave us the address of a Youtube-video about Matavenero: I know a place.

I was able to take a few nice pictures of him and Sylvia when we split: 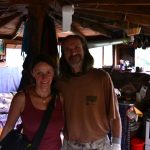 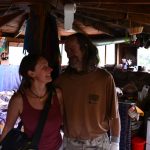 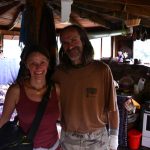 After we left his house we headed for the other small village called Poi Bueno, which was a kilometre away downhill. But this place was even smaller and more deserted than Matavenero. 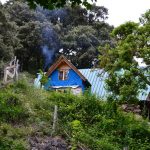 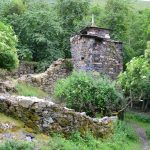 On the way back to our truck we finally entered the public house of the village, which we also found lacking people. 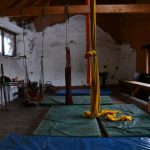 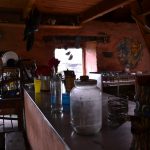 We are leaving Matavenero with mixed feelings. On the one hand, we are happy that we made contact, that we met a few nice people and that we learned a bit of the history of this community. On the other, this was some kind of reality check. Up to now, we only had fantasies and ideas about a life in an eco village. Now we have an impression of what lies ahead on our transition path.