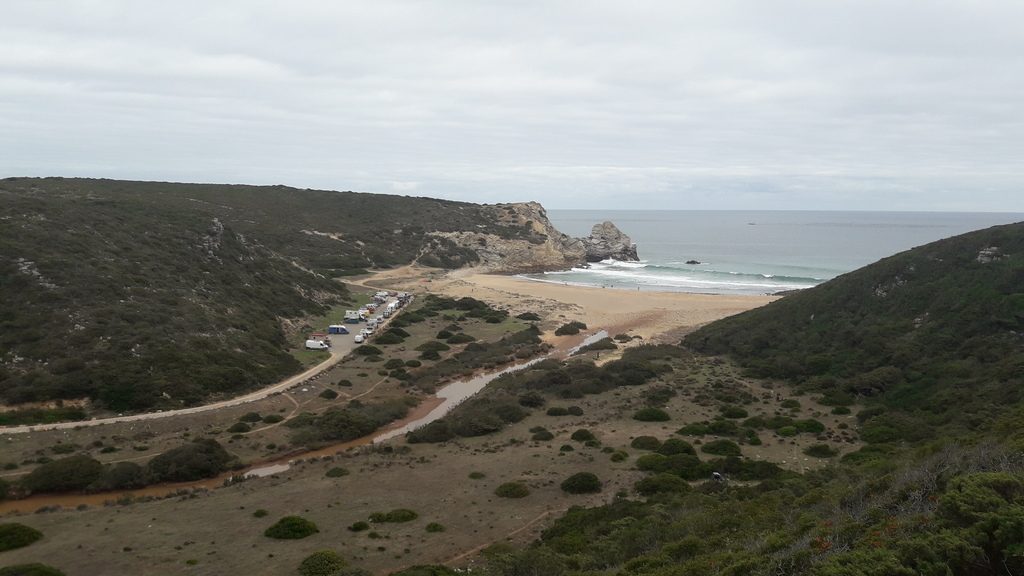 Praia do Barranco is THE hippie beach in Portugal. Its peculiarity is extensively documented on the internet. Those who have mastered the 5-kilometer, muddy dirt road, which is paved in the lower part, from the nearby village of Raposeira to the parking lot on the beach, will find an alternative community of surfers, drop-outs and life artists who are not even bothered by police raids early in the morning. In addition to the various, partly self-built mobile homes, you will also find backpackers camping in tents on the beach, hidden behind bushes or in the caves above the parking lot. 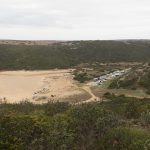 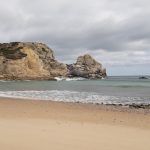 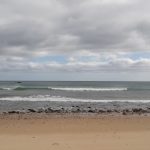 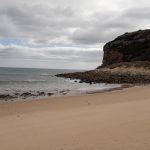 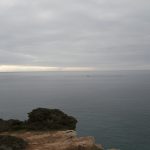 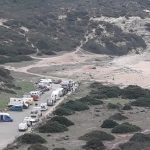 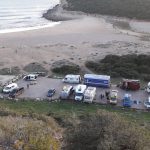 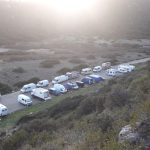 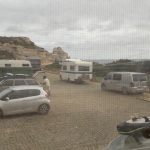 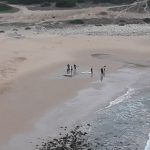 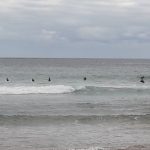 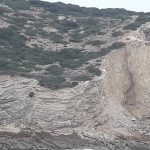 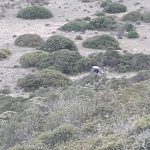 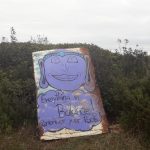 The way of life is quite simple and reminds me to the Kraho Indians that we visited in the state of Tocatins in Brazil (see http://www.segunda-feira.de/?p=2197). The influence of modern civilization consists of a few public dumpsters at the end of the parking lot. Because of the lack of toilets, nature’s call is discreetly relieved behind bushes off the parking area. Life takes place in the car park itself, on the beach and on the nearby cliffs, where you can admire the impressive sunrises and sunsets.

During my five-day stay, I met a few natives and the advertising writer Mike from Berlin, who makes his dream of working on vacation come true in one of the caves above the parking lot. 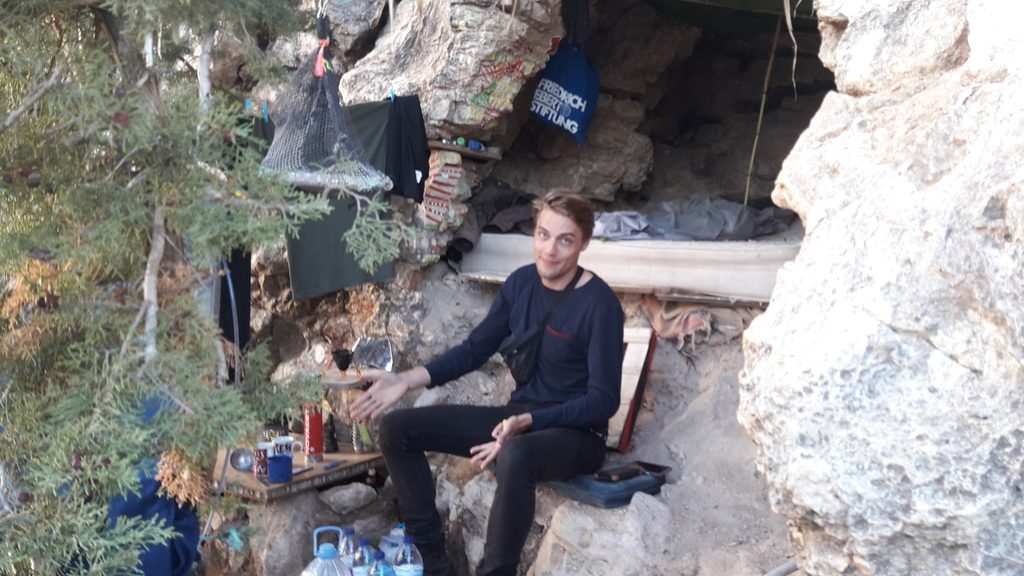 On the last morning, I witnessed a police raid. A patrol car arrived shortly after dawn and blocked the exit. The three police officers knocked on each camper van to wake their residents. Then, too conspicuous camping such as the erection of pavilions, tables and chairs was punished, and the correct parking order was enforced. I watched the scene from a distance during a dog walk from a cliff.

After the police had left the parking lot, I returned. A Dutch aborigine on the beach told me that the officers had also knocked on my truck. However, he told them that I only parked there to take my dog ​​for a walk. People just stick together here.

The rigorous approach of the police is very conspicuous compared to other places in Portugal. When I got a visit from a police patrol at a lake in the Alentejo, I was greeted with a handshake. Afterwards, the truck was admired during a cigarette length while we made small talk. Afterwards, the officers said goodbye, saying that I should not leave any garbage behind. The message at Praia do Barranco, however, is very different: accumulations of people who live a nomadic culture are definitely not welcome here.

Why, actually? The beach is miles away from any settlement in the area. The people who stay there for a long time leave behind only what the numerous goats grazing in the open spaces throughout Portugal leave behind. In countries such as Australia and Brazil, nomadic peoples get entire areas of land as a reserve so that they can live their culture. Why can’t a secluded beach in Portugal be left to an alternative community of nomadic people?

The natives, who are used to such police actions, were extremely unimpressed by the raid. After the officials left, the parking regulations were abandoned within minutes and people continued their every day life like before.