When we arrived in Vale das Lobas (Valley of the She-Wolves), located about 15 kilometres away from the northern edge of the Serra da Estrela, we first met Chan and Diana from Spain and their little son Arun. They live part-time in the little village of Sobral Pichorro, which is built into one of the slopes of the valley. 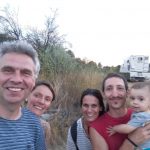 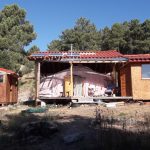 Chan supports the project and the vision of a British called Tony Conway, who bought an old chapel and quite some land in and around the village 9 years ago. Since then, Tony has been raising capital from investors and public funding to initiate a project to rebuild the chapel and other ruins in order to create a nature resort for well-being and education (project website: www.valedaslobas.com).

In contrast to a lot of little mountain settlements on the Iberian peninsula that became ghost towns in the last decades, Sobral Pichorro is still an active and living Portuguese community. The landscape itself is very beautiful and totally different from the the last place, we stayed, though the distance is just 50 kilometres. The reason is rather obvious and plain to see: no Eucalyptus plantations. Without this foreign tree that brings a high risk of fires the real beauty of Portugal becomes visible. 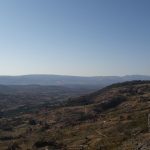 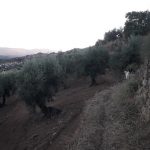 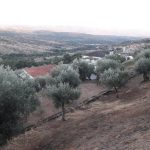 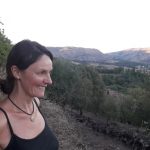 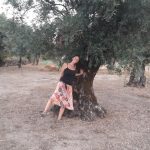 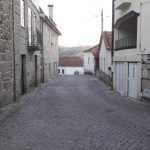 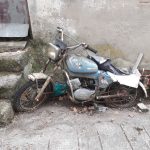 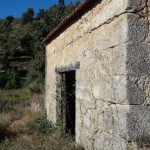 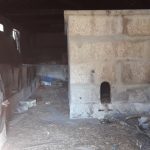 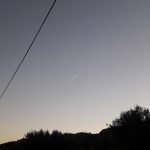 The region was inhabited by Lusitanians 4.000 years ago. Next to an impressive rock formation close to the village one can find the remains of an ancient stone circle of that time. 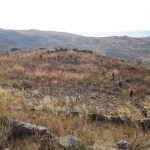 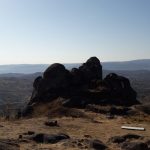 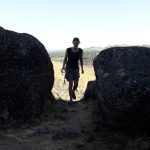 The actual rebuilding of the project has not started yet. But when we finally met Tony, he told us that the constructions will begin by November this year. We like the place, the landscape, and we like Tony. He is a visionary, who persistently follows his dreams. We are looking forward to report about the upcoming changes in and around Sobral Pichorro that will take place the next months.